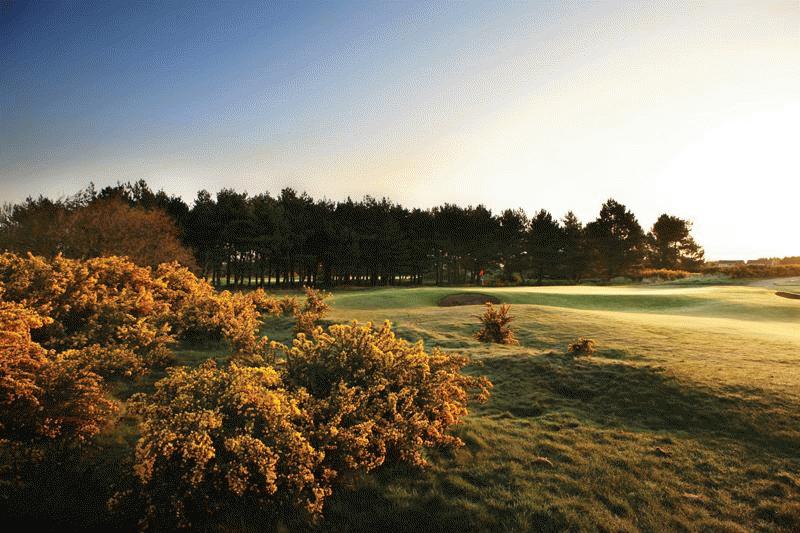 With well over 200 courses including three venerable institutions boasting 29 Open Championships between them, the North West of England is a golfer’s dream. Colin Callander gives a guided tour of what is simply known as England’s Golf Coast.

Royal Birkdale is one England’s most illustrious courses, having staged the Open on no less than eight occasions, in 1954, 1961, 1965, 1971, 1983, 1991, 1998 and 2008. However, golfers have many other glorious courses to choose from when they head to the North West, for Southport lies at the heart of arguably the finest stretch of golfing coastline in the world, an area known as England’s Golf Coast.

England’s Golf Coast stretches from Cumbria and the Lake District in the north down to the Wirral and Chester in the south and offers golfers the chance to play on more than 200 courses, including two other Open venues.

Together, the links courses of Royal Birkdale, Royal Liverpool and Royal Lytham & St Annes have hosted the Open 29 times since 1897. The area also features six regular Open qualifying venues and several courses that have staged men’s and women’s tour events.

The combination of sea, sand and the forces of nature offer a simply irresistible challenge for players venturing out on the renowned and beautiful courses in the area.

These are some of the region’s golfing highlights:

This delightful seaside resort is the capital of England’s Golf Coast and offers some of the best golf courses in the country, all within a 15-minute drive. Royal Birkdale is renowned for its towering sand hills and features an outstanding set of par 3s that rank among the best in world golf. Besides its eight Opens, it has hosted the Amateur Championship in 1946 and 1989, the Walker Cup in 1951 and the Ryder Cup in 1965 and 1969.

Southport & Ainsdale Golf Club was the first course to stage two Ryder Cups and co-hosted the 2005 Amateur Championship with Royal Birkdale. West Lancashire, founded in 1873, is one of the 10 oldest clubs in England and is one of the most natural and underrated links in the British Isles.

Hesketh Golf Club, set amidst the towering Victorian villas of one of Southport’s premier residential areas, is a course of contrasts, with half of its holes meandering through sand dunes and the rest overlooking the glorious Ribble Estuary.

A selection of parkland and links layouts grace the Wirral, presenting some tough challenges and offering a stunning and diverse range of scenery in naturally beautiful surroundings. Among them is Royal Liverpool, host of the 2006 Open – memorable for Tiger’s relentless march to victory and his third claret jug. The Hoylake course played a pivotal role in the development of English golf, being responsible for starting the Amateur Championship. It also staged the inaugural English Amateur, the inaugural international
golf match between England and Scotland and the first match between Britain and America.

Wallasey Golf Club, described as “the Diamond in the Dunes”, has a notable claim to fame. It was where the Stableford scoring system was developed, by club member Dr Frank Stableford, with the first Stableford competition being held in 1932. It has also hosted
numerous Open qualifiers, with the legendary Bobby Jones qualifying there in 1930.Caldy Golf Club is a striking course with a character all of its own, down to an unusual combination of clifftop, link-style holes that are complemented by a stretch of parkland-style ones that wind their way inland by the River Dee.

Situated near the seaside town of Blackpool and founded in 1886, Royal Lytham St Annes has hosted 10 Open Championships and two Ryder Cups. Within five miles there are also two other superb courses that are ideally suited for golf enthusiasts of all abilities. Fairhaven Golf Club opened in 1932 and is a championship venue that has hosted many prestigious tournaments including Open qualifying.

Founded in 1901, St Annes Old Links is a classic seaside links course with windswept undulating fairways that run through dunes and wild grasses. It has been used as an Open Championship qualifying venue and has also staged the English Ladies’ Amateur Championship.

England’s Golf Coast takes in three of the top 20 and seven of the top 36 courses in UK and Ireland, while three of its links courses are among the world’s top 75. Three other gems not to be missed in this wonderful part of the country are De Vere Carden Park,
Windermere and Silloth-on-Solway.

De Vere Carden Park Golf Resort & Spa is set on a stunning 750-acre estate in gently-undulating Cheshire countryside. With two championship courses and a challenging 9-hole course, there is plenty for golfers of all levels. Windermere Golf Club is a classic and very pretty parkland course in the middle of a National Park and in the heart of the beautiful
Cumbria countryside.

Silloth-on-Solway is regularly ranked among Britain’s finest golf courses, and deservedly so. Situated on the northwest coast of Cumbria, you can enjoy striking views of the Galloway Hills to the north, and south to the Lakeland fells and the Isle of Man.

England’s Golf Coast takes in the North West coastline from Cumbria in the north down to the Cheshire in the south. Pack your rain gear the Lake District is England’s wettest region and rain from Atlantic depressions can sweep in off the Irish Sea at any time.

The area’s courses are all easily accessible by road and are within easy reach of the rail network, via Virgin Trains (www.virgintrains.co.uk), and Liverpool, Blackpool and Manchester airports.

Green fee prices are good value for the quality of golf on offer. Summer weekday rounds at Formby Hall cost £45 per round and weekends £55, while playing Royal Birkdale in summer will set you back £165 and £195.

All prices and details were correct when published, please check before visiting England’s Golf Coast.