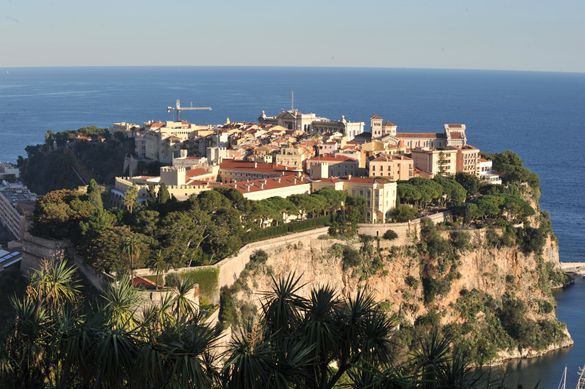 Pink Martini and Imany with her show “Voodoo Cello” will perform at the Opera Garnier Monte-Carlo, Alicia Keys will be on the Place du Casino for the Monaco Red Cross Summer Concert. The Festival will continue at the Sporting Monte-Carlo with dinner shows: Queen Machine Symphonic for Fight Aids Monaco Evening, followed by Black Eyed Peas, James Blunt, Simple Minds, Christina Aguilera, Rita Ora, Gianna Nannini not to mention the Oriental Night.

Pink Martini‘s lead singer is China Forbes. Although she was born in the United States, one of her two grandmothers was French, and China learned the language as a child, giving her a natural ease in expressing herself and singing in French. While in Monaco this summer, come to the Opera Garnier Monte-Carlo to meet this sympathique American band.

Committed through her music but also through her actions in the field, Imany has chosen to put her name to many causes. For example, she is an ambassador for the EndoMIND association in the fi ght against endometriosis. Equal rights are not the only civic battle she is waging, but equal opportunities and the duty of solidarity towards the excluded is another for this woman who never forgets where she comes from.

For her third concert in Monaco, Alicia Keys will be the ambassador of the Monaco Red Cross Summer Concert, performing her new compositions as well as her classics, from “No One” to “If I Ain’t Got You” to “Girl on Fire” at the Place du Casino Monte-Carlo.

Celebrated, as never before, the music of rock’s most legendary band – Queen – will be performed live for Fight Aids Monaco. Queen Machine featuring the London Symphonic Rock Orchestra conducted by Matthew Freeman. Fight Aids Monaco Night, Queen Machine Symphonic will rock you for the first time on the stage of Salle des Etoiles to support this important cause.

In Monte-Carlo, great Art de Vivre and the renewal of its gastronomy are combined with the creation of exceptional moments for art and music lovers.