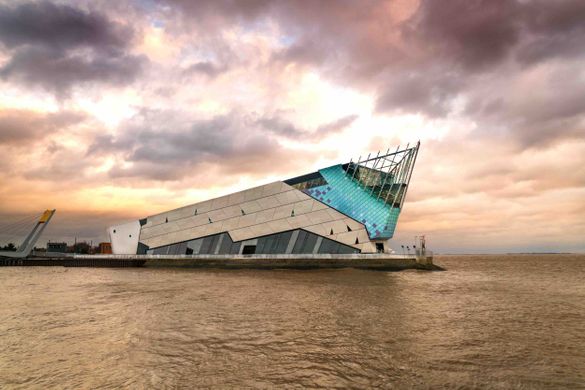 There’s plenty of fishy goings-on in Hull as iconic attraction, The Deep, marks its 20th anniversary with new investment and events – as well as welcoming its nine millionth visitor.

Bouncing back from the Covid pandemic, its most significant challenge to date, The Deep is set for a year of celebrations to commemorate the opening of the city’s landmark tourist attraction 20 years ago.

One of the most spectacular aquariums in the world, and home to 5,000 animals including sharks and rays, The Deep has been visited by more than eight-and-a-half million people over the last two decades.

And as it marks its anniversary milestone, the award-winning attraction expects to welcome its nine millionth guest by the end of this year.

Among other top fishy facts for The Deep are that over the last 20 years it has hosted 48,995 sleepover guests; staff have notched up 657,000 minutes underwater caring for the animals; and it has pumped an estimated annual net worth of over £14m into the local economy.

Built on a former shipyard site, The Deep played a pivotal role in helping to revitalise and regenerate the city, breathing new life into the run-down Humber docks area as part of Hull’s wider revival as Yorkshire’s only maritime city.

The strikingly designed building, overlooking the Humber estuary, is regarded as the most commercially successful Millennium project in the UK, and has become an internationally recognised landmark – even featuring on a Royal Mail stamp in 2006.

As well as offering the chance to see the aquarium’s marine life – including the UK’s only pair of green sawfish and a colony of Gentoo penguins – The Deep operates as an education and conservation charity and in recent years has become an international player in marine conservation.

Now, new investment of a £380,500 Biffa Award means The Deep can update three areas of the Cool Seas gallery to create an immersive learning experience for visitors.

Featuring a variety of exhibits, audio visuals and interactive displays, the updates will be split across three areas, including a mesmerising, high-tech jellyfish and plankton exhibit. Other exhibitions will showcase some of the restoration and re-wilding projects undertaken by Yorkshire Wildlife Trust and showcase other organisations working to benefit the local environment, such as the Humber Nature Partnership.

Visitors to The Deep are taken on a journey through prehistoric seas, past tropical lagoons, into the vast open oceans, down to the darkest depths, through the chilly Kingdom of Ice and into the future. Among the highlights is the chance to walk through the viewing tunnel and ride in the glass lift through the 10 metre Endless Ocean tank.

Special experiences are also on offer, from discovering The Deep after dark during a family, or group, sleepover – bedding down for the night next to sharks, rays and turtles – through to private dining in the Glass Tunnel, Endless Oceans or Cool Seas areas.