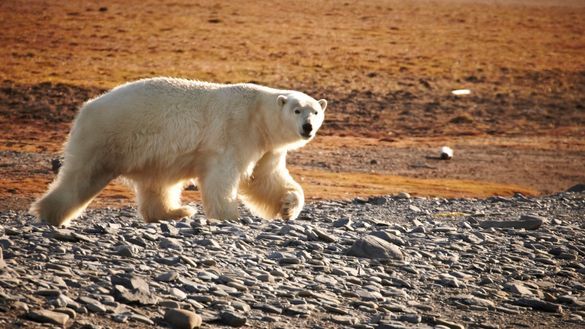 Heritage Expeditions, the specialist in conservation-driven small-ship adventure cruises to some of the world’s last remaining wildernesses, has once again shown its pioneering credentials by offering an exclusive 10-day stay on Wrangel Island in the Arctic Circle.  No other operator offers travellers the chance to stay on this remote, pristine island, however, up to five of Heritage’s guests will be able to do just that during The Ultimate High Arctic Expedition in summer 2022.

This new unparalleled opportunity will allow the handful of intrepid expeditioners to live ashore as guests of the rangers who man the Wrangel Island Nature Reserve, which is best-known as the polar bear denning capital of the world, as well as for having the largest population of Pacific walrus and an extraordinarily rich and diverse natural history.

Commercial Director and Expedition Leader Aaron Russ said, “We are delighted to continue Heritage Expeditions tradition of exceptional, personalised expeditions. The opportunity to cruise across the top of the world aboard Heritage Adventurer, our stylish flagship, with the option to stay on stunning Wrangel Island with the rangers who know it best, is a truly unique experience we are very proud to be able to offer exclusively.”

Untouched by glaciers during the last Ice Age, Wrangel Island offers a treasure trove of biodiversity and a stunning High Arctic landscape where few people other than researchers, rangers and scientists have ventured.  Its mammoth steppe nurtures over 400 different flower and plant species plus, as the last landfall for migratory species flying north, it hosts thousands of birds during the summer, including snow geese, snowy owl, skua and Arctic tern, which migrate to the island to breed.

In addition, musk oxen and reindeer also call the island home, while nearby major feeding grounds entice gray whales to migrate thousands of kilometres north from where they breed in Baja, Mexico.

As well as providing numerous opportunities to view and photograph plentiful wildlife and spectacular, expansive panoramas, Wrangel Island also lays claim to being the last known place where Woolly Mammoths survived until around 4,000 years ago, evidenced by the tusks and skulls which have been discovered there.

This expedition departs from Nome, Alaska, on 24 July 2022, on board Heritage’s new flagship vessel, the world-renowned Heritage Adventurer (formerly known as the MS Hanseatic) which, following a complete overhaul and refurbishment, will join the fleet in May next year.  The 125-metre long, 1A Super Ice Class vessel, which brings an impressive history of Polar and remote region exploration, was originally designed to accommodate 184 guests but will now welcome just 140 passengers, providing a more spacious, stylish and comfortable means of travel.

During the expedition, five days will be spent travelling to Wrangel Island, traversing the Bering Strait between Russia and the USA, heading west along the Chukotka coastline and crossing the De Long Strait.  Highlights of this section of the voyage will include the ancient aboriginal site known as Whale Bone Alley on Yttygran Island, and the amazing bird cliffs of Kolyuchin Island and Inlet, where puffins, guillemots, gulls and cormorants abound in their thousands.  Along the route, guests will enjoy Zodiac safaris in the company of Heritage’s expert naturalists and guides to get closer to the wildlife.

At Wrangel Island, Heritage Adventurer will act as a base for the following five days from which all guests can board one of 14 Zodiacs to head ashore and explore the little-known UNESCO World Heritage Site, and Zodiac cruise its shorelines and ice edge.

However, when the ship sets sail on the remainder of its journey, just five intrepid travellers will stay behind to join the rangers for a unique 10-day island immersion, which will include exploring the landscape by tundra buggy and Russian-built, all-terrain truck, staying in rustic communal field units, eating simple but hearty camping fare and using outhouse bathroom facilities!  While there is no set itinerary, locations such as Mammoth River, Komsomol, Dream Head, Peak Tundra, the Unknown River, Red Flag, Cape Waring and the Clark River are likely to be among the places explored during the long days of the Arctic mid-summer trip.

When Heritage Adventurer returns at the end of the stay, expeditioners will rejoin the ship and spend a further five days navigating and exploring in Heritage Expeditions’ authentic expedition style before sailing back across the Bering Strait and returning to Nome.

The Ultimate High Arctic Expedition departs from Nome, Alaska, aboard the Heritage Adventurer on 24 July 2022, returning on 21 August 2022.  The price of US$35,000 per person for this once-in-a-lifetime experience, includes full board accommodation in a Superior Deck 4 cabin (twin share) during the expedition, return travel between Nome and Wrangel Island, plus participation in the itinerary with meals, transport, accommodation (basic field huts) and guiding on Wrangel Island.

The 15-day Across the Top of the World voyages on board Heritage Adventurer (without the island stay) cost from US$11,950 per person sharing a Main Deck Triple cabin including pre/post cruise transfers, all on board ship accommodation, meals and all expedition shore excursions.  Embarking and disembarking in Nome, Alaska the departure dates are: 24 July – 7 August 2022, 7 – 21 August 2022 and 21 August – 4 September 2022.

For more details on The Ultimate High Arctic Expedition and Across the Top of the World: Wrangel Island expedition cruises please visit: https://www.heritage-expeditions.com/destinations/russian-far-east-travel/wrangel-island-cruise/