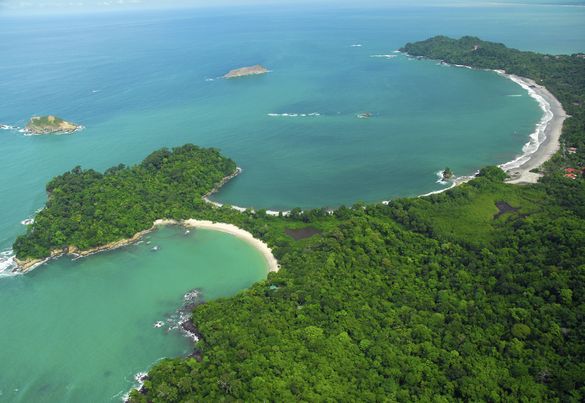 Now that quarantine-free travel to Costa Rica is back on the table, the country is looking forward to welcoming back visitors from the UK. Having recently won the very first ‘Earthshot Prize’ award for its long-term commitment to sustainability, Costa Rica has recently exceeded 98% of renewable electricity for the seventh consecutive year – another landmark for the country.

Costa Rica was recently awarded the first-ever Earthshot Prize award, granted by The Royal Foundation to encourage change and to help protect the planet. The country won the highest prize for the ‘Protect and Restore Nature’ category due to its ‘Environmental Services Programme’ which has helped revive Costa Rica’s rainforests, doubling the number of trees and a scheme paying local citizens to restore the natural ecosystems. Successfully obtaining a huge milestone achievement due to its significant progress in the conservation of terrestrial ecosystems and compliance with the sustainable development goals, along with the contributions made to neighbouring communities, Costa Rica’s priority with its prize winnings will focus on strengthening the country’s marine conservation.

At the end of October, Costa Rica accumulated over 98% of renewable electricity for the seventh year running, positioning Costa Rica with the highest figure across 34 of the world’s most competitive economies. The country is renowned for its pioneering efforts in tackling climate change and green growth – so this is another achievement and a step closer to reaching the country’s zero net emissions economy goal by 2050 as set in the country’s Decarbonisation Plan.

Pioneering British band, Coldplay, has confirmed that they will open their ‘Music of the Spheres’ world tour in Costa Rica on 18 March 2022, at the National Stadium in San Jose. Due to popular demand, they are also adding an additional concert the following day, on 19 March 2022. In 2019, the band committed to making their future tours as environmentally beneficial as possible, they commented Costa Rica was their first stop due to the country’s incredible sustainability efforts. With every ticket sold, one tree will be planted – along with the show confirmed to be powered by the country’s renewable sources.

Six Senses Hotels Resorts Spas is bringing its first property to Central America with the opening of Six Senses Papagayo, scheduled for 2022. The site of the resort will stretch from the highest point of the beautiful Peninsula Papagayo, offering 360-degree views of the Guanacaste archipelago, to a forested beachfront with 41 pool villas. The resort will host Six Senses’ signature wellness programming, along with a spa and fitness centre and a variety of activities. An organic farm will be set in the heart of the property, growing fruits, vegetables and herbs to be used in both the chef’s menus and signature spa treatments. Six Senses Papagayo will be approximately 40 minutes from Liberia International Airport.

As travel confidence increases, British Airways has confirmed that their first re-start flight to Costa Rica’s capital, San Jose, will be on 9 December, from London Gatwick, with 3 flights per week for winter. This adds to TUI’s Costa Rica programme, resuming on 24 November, with weekly Wednesday departures from the UK.