Paris – In love with the city of light 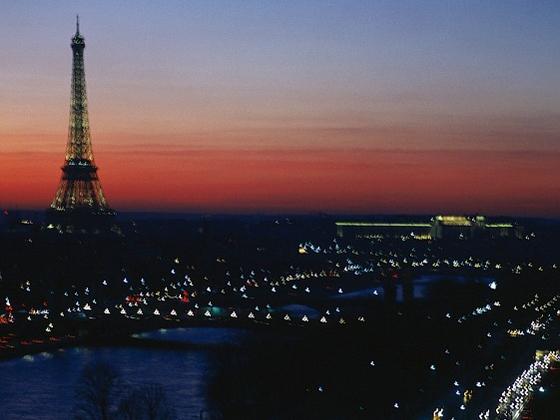 When I was growing up in Arcachon, not far from Bordeaux, on the Bay of Biscay, my father always advised me to ‘avoid the 92s and 75s’. Interestingly, these were not specific wine years but referred instead to the Départmente vehicle registration numbers for the City of Paris. As it happened, it was sound advice, judging by the ill-considered driving styles and number of incidents involving vehicles thus plated.

Should you be driving, despite the daunting nature of the Périphérique, the City’s uniquely appealing 35kms ring-road, which is actually less problematic than most city encirculating expressways, almost any tourist haunt can be reached readily. However, if you arrived by train, probably at the Gare du Nord, you will find most of Paris’s attractions suitably signposted from the station.

Alternatively, flying to Paris will either see you deposited at Charles de Gaulle, on the northern side of the City, or Orly airport, in the south, from where you can take a taxi or local bus service to your hotel or accommodation. Bear in mind that Paris is served by one of the cleanest and most efficient underground networks in Europe. In fact, it has two, the RER and the Metro, both of which are linked and will accept both single, multiple trip, or season ticket passes, which you can buy at most local shops or at a station of your choice.

What’s not to love?

Personally, I have always found that spotting Paris from the air is wonderful, with its clearly delineated avenues and boulevards, its buildings that seem to shimmer in  the sunshine, in their light grey granite and lots of contrasting greenery, allied to the occasional glimpse of the River Seine, which winds right through the centre. You can approximate that same effect by clambering to the very top of the Eiffel Tower, camera in hand, ready to snap as much of the 360-degree splendour as you can. A similar view is possible from the Tour Montparnasse, one of the tallest skyscrapers in Europe.

It seems that we French love to allow people to climb to the tops of our buildings to gain the best views. If you happen to be in the financial heart of Paris, also known as La Défense, specifically on the Place de la Défense, then you cannot miss the modern art structure of La Grand Arche, although access to its roof-top viewing platform is now restricted to special visitors only.

Of course, architecture helps the atmosphere in Paris, although, much like its water, drainage and sewage facilities, it was cleaned up spectacularly during the Baron Haussmann restructuring of the City in the mid-1800s. Although he was much criticised at the time, having spent around 2.5bn Francs to carry out the extensive remodelling, it is his signature styling that has gifted Paris with its wide boulevards and lovely park areas, most of which seem to have a strong semblance of order to them.

You do not have to be ‘of a certain age’ to appreciate the diversity of cultural inferences imparted by Paris. It has become a centre of attraction to the artistic community and many famous artists have celebrated their admiration for Paris in watercolours, pastels and oils, many of which you can view in the Louvre, the world-famous gallery and museum that started life as a fortified palace.

Bear in mind that the Musée du Louvre attracts more than eight million visitors every year, which is just a little less than four times the whole population of Paris. Of course, no visit is complete without seeing the remarkable glass pyramids and the muchvaunted upside-down equivalent (of which much play was made in the Hollywood movie, ‘The Da Vinci Code’) that are in the lobby of the Museum but are also highly visible outside.

Apart from the ever-popular Mona Lisa, the ‘armless’ Venus de Milo statue and countless, stunning works of international art, pottery and sculpture will captivate you for hours. Of course, Montmartre, which is home to the beautiful Basilique du Sacr Coeur, on the right bank of the Seine, has enjoyed a long relationship with the artistic community and you might be tempted to purchase a memorable ‘local work of art’ from any of the myriad cafes and studios in this 18th arrondissement. Yet, on the left bank, at Montparnasse (14th arrondissement) there are even more local artists, cartoonists and small studios all with open doors.

Luxury and money ‘no object!’

Naturally, many visitors to Paris come for the shopping. Among the most famous high streets in the world is certainly the Champs-lyses, at the bottom of which is the Place de la Concorde (8th arrondissement), which is where our infamous ‘Madame Guillotine’ delivered her short, sharp shocks to law-breakers. It reaches up a slight but wide gradient to the Arc de Triomphe, around which immense volumes of traffic circulate dizzyingly day and night.

If you remain around the Place Vendme (near to The Ritz Hotel), you will find Paris’s centre for jewellery. It is nice to window-shop here but the prices are more affordable further up the Champs-lyses. In fact, Avenue Montaigne, which crosses the main thoroughfare, is home to the fashion houses of Dior, Louis Vuitton, Chanel and Givenchy. Staying in this area, Faubourg Saint-Honor is another haute couture base for labels such as Hermes and Christian Lacroix.

Of course, Boulevard Haussmann, named after the redesigner of Paris, runs obliquely to the Champs-lyses but is 2.5kms of shop-’til-you-drop fascination. The major department stores, Galeries Lafayette and Au Printemps are on this street. However, your own Marks
& Spencer opened its first overseas store on this boulevard in 1975 and we all know the good quality that comes from this label, it is a very popular shop.

While it might sound strange to talk about islands in the middle of a major city, there were several different islands that have since become part of the landmass beneath Paris’s streets. However, the le de la Cit and the le Saint-Louis remain. The latter is an oasis of calm, with a simple, speed-limited one-way street system for the local residents, a large church and plenty of restaurants, cafes and ice cream parlours.

The first of the islands could be termed as Paris’s  beating heart. A palace has existed on this island for many thousands of years and its eastern end has been consecrated ground for ecclesiastical purposes since the 10th Century. It is the famous Notre Dame cathedral that attracts visitors these days. However, it is accommodating enough to contain the premises of the local police, the court-house and even a hospital, alongside the historic canonic properties that date back to the 16th Century.

There is another, smaller, man-made island, known as le au Cygnes, or the Isle of Swans, that has a tree-lined walkway for its full length and, at 850m in length, is crossed by three separate bridges. One of its interesting features is the quarter-scale replica of the Statue of Liberty, which originally faced Paris but is now turned to face its larger counterpart on the approach to New York City.

Not the least expensive place in the world to visit, Paris is a very special centre, which has great appeal to lovers of art and culture, diversity of people and their wonderful foodstuffs and sights that are worth seeing. Of course, the usual tourist haunts will always attract the crowds but try the many delightful parks, or some of the outlying residences, such as Tuileries or Versailles, to gain a different essence of Paris.

You might hop onto any one of the Vlib’, the over 20,000 rental bicycles that operate from some 1,500 parking stations around the City for only €1.70 per day. Alternatively, the Metro, with many of its art deco entrances and stairways can provide around-the-clock transport to almost anywhere in the City.

Paris is a romantic place that offers a vibrant experience throughout the day and night and is a lovely place to celebrate a wedding anniversary, to enjoy a honeymoon or just to meet with friends and enjoy a cruise along the River Seine. One thing is guaranteed, you will always remember your visit to the City of Light.

Eating: if you want inexpensive food, head for the left bank cafes and stay off the main
streets. McDonalds is what you expect it to be. There are plenty of ‘fritterie’ serving anything from chips and saucisson, to crepes.

Parking: can be expensive around the city centre, as you might expect. If you have driven to Paris, try to leave your car at your hotel. Ensure all personal items are hidden from view.

Accommodation: always advisable to book beforehand but the usual Formule 1, Hotel Ibis and other inexpensive chains tend to be someway out of the city, adjacent to the Périphérique. City centre and boutique accommodation do carry premium price tags.